Looking back at the top data breaches of 2021 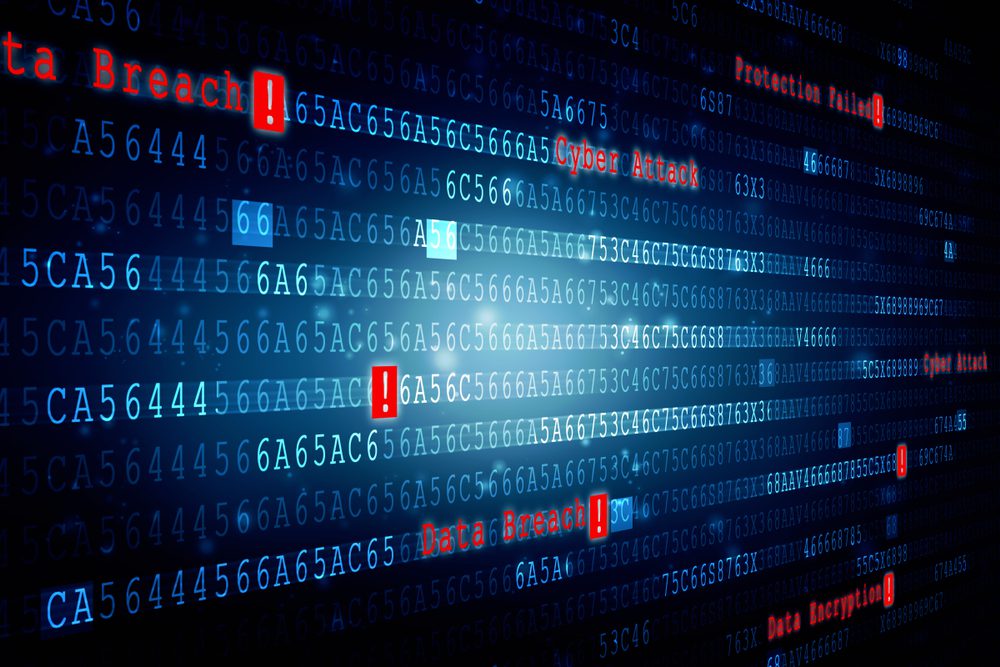 RiskXchange can help your company avoid becoming one of those affected by costly cyberattacks and ensure your organisation doesn’t make our list of top data breaches..

Cybercriminals flourished in 2021, which is, of course, bad news for businesses right around the globe. The Identity Theft Resource Center (ITCR) reported that by the end of September last year, the number of data breaches over the first three quarters of 2021 surpassed the total amount during the entirety of 2020.

The most notable breach turned out to be the Colonial Pipeline ransomware attack of May 2021, which caused gas shortages throughout various parts of America. Others included a LinkedIn breach that affected 700 million users, a Twitch leak which impacted 5 billion users, and a state-sponsored attack on Microsoft.

In January 2021, 10 million customers of lead generation firm The Astoria Company had their Social Security numbers, driver’s license numbers and bank account details exposed. A further 10 million customers had their credit history, medical data, home, and vehicle information leaked. It is still unclear as to whether it was part of the ShinyHunters attack.

On March 2, 2021, Microsoft announced that it had been targeted by a state-sponsored cyber-attack by the Chinese hacker organisation Hafnium. Microsoft Exchange was infiltrated for about three months before being detected. The attack affected millions of people. Those affected were more than 30,000 organisations in the United States, government agencies, 7,000 servers in the United Kingdom, the European Banking Authority, the Norwegian Parliament, and Chile’s Commission for the Financial Market (CMF).

Amazon’s streaming service Twitch was affected by another long-running attack in 2021. Cybercriminals took advantage of a human error made by personnel configuring a server and stole over 5 billion records. Between January and June, billions of private business records were leaked by the hackers.

In March 2021, the ParkMobile parking app experienced a breach due to a vulnerability in third-party software the company uses. The personal data of 21 million users were stolen and shared on a Russian language crime forum.

In March 2021, an IDC games database was shared on the dark web. More than 4 million usernames, email addresses, and hashed passwords were leaked.

In April 2021, market research firm ClearVoice learned that an unauthorised user was offering profile information of survey participants to the public for purchase. The stolen data included names, genders, date of birth, physical and IP addresses, and plain text passwords.

In May 2021, one of America’s largest oil and gas companies, Colonial Pipeline, was affected by a ransomware attack that temporarily halted operations, causing an energy crisis in five US states. The airline industry was also affected due to a related shortage of jet fuel. Cybercriminals affiliated with Darkside undertook the attack and it was declared a public security threat.

In May 2021, malicious actors stole the personal information of more than 100 million Android users, following configuration errors of the company’s cloud services.

In May 2021, REvil compromised the networks of JBS, a Brazilian meat processor, and America’s largest source for beef and pork. The attack forced all of the company’s plants to shut down and drove up meat prices worldwide. JBS were reported to have paid off the hackers following an $11 million ransom demand.

In June 2021, data associated with 700 million LinkedIn users were posted on the dark by a cybercriminal called “God User”. Email addresses, genders, phone numbers, geolocation records, and other social media details were included in the breach which brought about a government investigation.

In August 2021, 40 million T-Mobile customer records were published on the dark web and offered for sale. Names, dates of birth, driver’s license/ID information, and Social Security numbers of customers were all part of the leak.

In September 2021, Neiman Marcus Group had 4.35 million customer data records stolen following an attack. Approximately 3.1 million payment and virtual gift cards were affected, and the breach is said to have cost the company millions to rectify.

In October 2021, it was found that 3.1 million email addresses with accounts on the cryptocurrency market capitalisation website CoinMarketCap were being traded on hacking forums. CoinMarketCap is currently conducting an investigation as it’s still unclear as to how the information was obtained.

Customer data from Israeli hosting provider CyberServe was breached and ransomed in October by a group known as “Black Shadow”. The impact of the breach was widespread mainly because LGBTQ dating site Atraf and the Machon Mor Medical Institute were involved.

Get in touch with RiskXchange to find out how to avoid becoming one of those affected by a data breach.